PLATO Early Stage Researcher Elena Escalante Block defends her doctoral thesis The role of actors in the legitimation or delegitimation of MLG structures on March 11th, 2021. 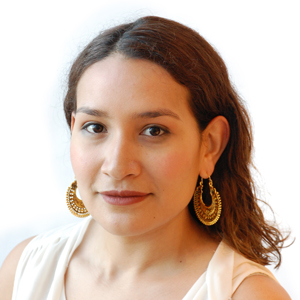 Elena Escalante Block, PhD Candidate in Political Science and Marie Skłodowska-Curie Fellow at the Centre for European Studies and Comparative Politics (CEE), Sciences Po Paris, will defend her PhD thesis The role of actors in the legitimation or delegitimation of MLG structures: A claims-making analysis of the politicisation and depoliticisation of EU state aid policy on Thursday, March 11th 2021.

The politicisation and depoliticisation of EU policies such as state aid are key to the legitimation and contestation of the EU. However, the existing literature tends to focus on analysing these processes either in terms of politicisation or depoliticisation, but rarely both simultaneously. Rather, this thesis conceptualises politicisation and depoliticisation as embodying a fluid-like state within Multilevel Governance (MLG) structures, such as the EU, where agents play a key role. The thesis first explores 266 state aid cases labelled “Unlawful with Recovery of Aid” (UWRA) to identify which were appealed, and to gauge the degree of news coverage that each case gained. From the analysis of the 266 cases, the dissertation selects the cases of Apple in Ireland and Ilva in Italy for sustained and detailed analysis. It explores how actors have sought to politicise and depoliticise these state aid cases in the national news media. A claims-making analysis is performed to understand how actors attempt to legitimise or delegitimise their own actions or the actions of the other actors involved (the Commission, Apple, Ilva and the Irish and Italian governments). To perform the analysis, a set of 100 newspapers were gathered from the Factiva database, including two leading quality newspapers (centre-left and centre-right) from Ireland (the Irish Times and the Irish Independent) and Italy (Il Sole 24 Ore and La Repubblica). The results show that a key moment in the trajectory of both the politicisation and depoliticisation of a state aid case is the act of appealing by the member state. More specifically, in the Apple case, TINA (There Is No Alternative) was used as a strategy to discursively depoliticise the action of appealing which, interestingly contributed to the overall politicisation of the state aid case. In contrast, other depoliticising strategies (“appeasing” claims) which intended to calm past tensions between the Italian government and the Commission were used successfully. In terms of politicisation, the Apple case showed an “international conflict trajectory” (Irish government versus the Commission) while the Ilva case raised concerns about the Italian government and the management of the corporation. Overall, this dissertation advances understandings of the differentiated patterns of politicisation and depoliticisation by illustrating that the Apple case followed the “politics against policy” route while this was avoided in the Ilva state aid case.