José Piquer and Anton Jäger have published an article on the transition from cartel to techno-populist political parties of left-populist challengers in the UK and Spain in a special issue of Politics & Governance . 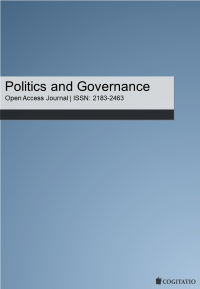 This article reads the restructuring of European party systems in the 2010s as a transition from cartel to techno-populist parties, with a specific focus on left-populist challengers. Adopting a historical-institutionalist perspective, it demonstrates how a long-term cartelization and particular mode of crisis management after 2008 drove the gradual replacement of the party cartel with a cohabitation of populism and technocratic politics: techno-populism. Although this techno-populist template has been deployed for parties such as Five Star Movement and some right-wing populist outfits, it has usually been left aside for left-wing variants. This article investigates two techno-populist subtypes from the left: Corbynism in the United Kingdom and Podemos in Spain. The former took place within a cartel party (‘intra-party’), while the latter occurred from outside the party cartel (‘extra-party’). Although such party cartelization cuts across cases, the rise of Corbynism and Podemos took place under different institutional conditions: different electoral systems, different European Union membership and different dynamics of party competition on the left. The article concludes with the observation that rather than an anomaly, the presence of techno-populist tropes in and outside of parties and across institutional settings indicates the pervasiveness of these logics in contemporary European party politics.

@josepiquerm summarizes the main take-aways in this Twitter thread

The article is part of the special issue Varieties of Technocratic Populism around the World, edited by Petra Guasti and Lenka Buštíková.

E-mail this page
>
Journal articles > After the cartel party: ‘extra-party’ and ‘intra-party’ techno-populism