The anti-corruption strategies between checks and balances: the cost of EU legitimation approach 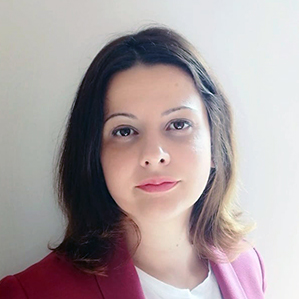 Emilija Tudzarovska Gjorgjievska defended her doctoral thesis New understanding of EU legitimacy and anti-corruption: The role of the representative democracies at Charles University on 16 September 2021.

There is increasing evidence of the backsliding of democracy and slow progress in the fight against corruption in the former (Central and Eastern European) and current applicant EU member states. On the one hand, scholars argue that the EU integration process contributes to a transformation of the nation-state systems of checks and balances, while it also borrows legitimacy from the nation state in aid of the supranational process of integration. On the other hand, national parliaments hold a unique normative power to exercise vertical and horizontal accountability and to hold officials accountable for their actions. Such practices can contibute to the prevention and penalization of corruptive practices. Yet, we know little about how national parliaments exercise the accountability function and scrutinize the results in the fight against corruption, nor which factors contribute to the quality of the legitimation process. This project therefore aims to examine the causal linkages between parliamentary accountability and the process of EU democratization. It also aims to shed light on the factors that shape the legitimation processes and their impact on the fight against corruption.

Prior to joining PLATO, I have been working as practitioner on policy and programs with the Foreign and Commonwealth Office, the Konrad-Adenauer-Stiftung, the Macedonian Center for International Cooperation (MCIC) and PEN International. As results I have been able to shape my professional and research experiences in the EU and foreign policy affairs and gain first-hand knowledge from the UK, German and other foreign best practices. I’m also former member of the Editorial Board of the political magazine Political Thought and Member of the Global Initiative Network of experts. The PLATO PhD network is great opportunity to build new networks and shape perspectives for bridging the best of the two worlds of academia and policy practice. Nationality: Macedonian.